In these exclusive interviews, we want to present specialists in the industry and capture their stories, career highs and lows, their trials and successes, their current company and their role, most recent projects, advice to others. Today, our focus is on Yaseen Saddique, an Agile and Test Delivery Specialist and Scrum Master who worked in several companies before continuing his career as a consultant.

So, we talked to Yaseen to find out more about why he joined the tech industry, what his role entails, what are the challenges he faces, and his advice to aspiring engineers and developers.

First of all, can you tell me a bit about yourself and your current role?

I have been an Agile Test & Delivery consultant for the past seven years. I am also a qualified Scrum Master, Test & Project Manager. I have held roles as a business analyst, and I have delivered projects end-to-end using the agile methodology, and I am moving to the DevOps environment. I am continuously self-developing because testing is evolving as is all software development, particularly cloud-based. For that purpose, it is essential to do your career planning and keep abreast of current technological advancements in IT.

Can you tell me about your journey, and how did you get where you are now?

It’s an exciting journey. When I graduated, I worked for a large financial organization in England. I enjoyed working in the company as it provided excellent development, training, and support to its colleagues. The company’s software methodology was adhering to the ‘Waterfall’ methodology. During my time as a senior business analyst, I would be responsible for capturing requirements but also testing. The company realized that a separate testing career structure was needed to allow for independent testing.  The company didn’t formalize testing at the time; it was relatively new. The company had started to look into this and create a dedicated department for the testing of banking projects.

During my one to one with my line manager, I mentioned that I would like to move into a new testing career structure within the organization. I asked to enroll in the ISEB testing foundation course as part of my development.  My line manager, however, told me to continue to work as a business analyst on the project as that was a priority. I was disappointed obviously, but that inspired me to look at improving myself in getting the course materials and start studying myself so that I could get certified in software testing.

I started to self-teach myself, I passed the exams, and then, there were opportunities within the organization to move into testing. I explained to my manager what I’d done, and he was very supportive. I was quite glad he said ‘no’ because that made me more determined to do it myself. That was the critical catalyst for change.

From that point onward, I spent a further six years within the organization within testing. I became a Test Manager and worked in diverse departments. When the credit crunch appeared in 2008, the banks were in difficulty.  A large competitor banking group took us over, and I stayed there for two years. Colleagues were being made redundant due to cost-cutting, which was understandable. The bank was offering generous redundancy packages to colleagues, but not many wanted them because of the recession.

I spoke to my boss and told him there wasn’t much more for me to learn here and that I would like to take the redundancy package and start something new. It took two years to arrange that for me, and then I left the company, and, after six months, I got an opportunity to work in New Zealand with a world-class testing consultancy firm. From that point on, I started to do consultancy work. I came back to England, and I became a self-employed Agile Test & Delivery Consultant, and this is what I have been doing for the past eight years.

I enjoyed fixing broken radios as a kid. I studied Electronics at Technical College and then at University I studied IT. I always used to break things and fix them. I have a curious mind. Testing was an area where I could be curious about why things weren’t working and understand how they should do.

Do you have a favorite part of your job?

The favorite part of my job is building high performing teams, coaching, and mentoring. I am very people-centric, and for me, you can’t deliver a project or anything if you don’t have the right people in place with the right attitude and aptitude. The other thing is the technology side of things. I love the full end-to-end technology stack, which is now more ‘Cloud’ based. In the beginning; it was very much about understanding how testing was working, knowing the terminology, and using the right tools. Gradually, it was about transitioning from Waterfall to Agile and now incorporating the testing into DevOps and CI/CD.

What are your current goals? What projects are you currently working on?

Continue with my personal development in Microsoft Azure certification. Evaluate the use of no-code automation tools in testing. Currently, working on automating tests using Selenium for a mobile food ordering app, with Customer and Merchant user personas.

I think one of the best examples is with coaching and mentoring a colleague. A few years ago, I was doing consultancy work in a software company. There weren’t agile, testing was there but ad-hoc, and it wasn’t considered necessary. The organization didn’t think of having a dedicated testing department as essential as having a development team.

I met a team colleague there who had been working for this organization for about 20 years. He was very technical and, I could see he knew his stuff. He told me that his manager didn’t recognize his technical knowledge and the value he brought to the company. He was quite impressed with my career journey, and I assured him that he could create his impressive journey and, I will help him. I told him about the skills that he has are worth a lot more money.

We worked together on his CV, and we found a role in which he applied for it, and he got an interview. He couldn’t believe it! I helped him with the interview preparation and, he got the job. He went for it and doubled his salary, and his skills are valued. I made him realize what he was worth. Things like that are the highlights of my career. I enjoy helping to support people to grow and improve themselves.

What do you think is the best thing about being a tester?

The best thing about being a tester is adding value to the business: saving them money and improving quality by identifying the defects and issues early on in the development cycle, particularly during requirements gathering. Also, there are various roles within the testing career paths, e.g. Performance, Penetration, Security, Automation, and Manual testing.

The tester working in an agile framework can learn so much from collaborating with her development team members.  Also, learning new automation techniques be they code-based, or no-code based with AI.

My role has evolved to such a point that I’m doing testing and delivery. I now believe that the testing roles are blending more and more to other positions within Agile teams. The purpose of collaborative work is that you start to pick up from colleagues’ skills that are not in your domain. A tester should have diverse skills and knowledge. You need to adapt and support the delivery of the projects if someone is not here.

For the last few roles I had, I was working in a DevOps platform and doing migration work from on-premises platform to MS Azure cloud platform.

It’s always evolving. Things are ever-evolving, but sometimes the people stay the same and get left behind. The key is to be able to adapt to whatever is happening in IT and realize that there are always opportunities out there, always invest time in your self-development, and embrace change.

There have been significant changes during my time in testing and software development. For instance, corporate software solutions are now built on the cloud with providers such as MS Azure, GCP, and Amazon AWS, before this innovation, companies deployed and managed data centers and applications on their premises.

What is essential is to get the best out of the people you work with and lead and take on the new challenges as an opportunity to grow.  There have been plenty of drawbacks that I’ve had and learned from them. There are always opportunities out there, and you need to build up a network of colleagues to work with and support you. You don’t need an organization to give you the training; there’s everything online.

When I’m hiring for my team, the critical indicator for someone serious about testing (or any other role) is the dedication to the self-development outside of work, in his own spare time. Here in the UK, we have Testing and DevOps meetups, where many people from different companies come and have presentations and discussions on how they are doing on their projects. It’s an opportunity to build up your network, and it’s an excellent way to get involved and learn new things. Your technical skills are essential, but your soft skills are just as necessary!

The critical thing I would suggest to anybody going to the testing and engineering area is to be ready for change, always look at self-development. You need to work closely with development colleagues and get the best out of each. You’ve got to have the resilience to work in that sort of environment and have a team that supports and trusts each other, and this is where Agile working comes into place. That’s why I recently qualify as a Scrum Master (self-funded) because it was a natural progression for me, and it was more of a servant leadership role which I enjoy along with coaching and mentoring.

Do you have any advice for aspiring testers and engineers?

Keep an open mind, be inquisitive, be there to break things. Always look at the requirements and don’t be afraid to ask questions. Just do it and enjoy it! 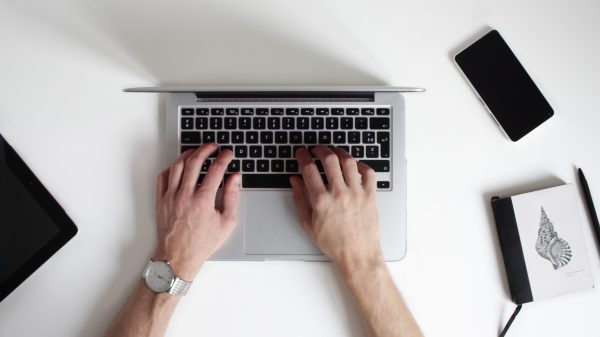 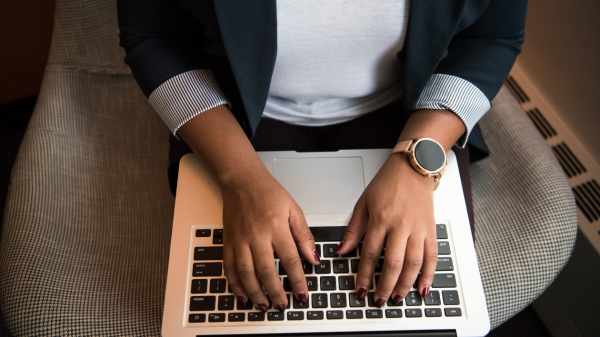 Women in IT: Nicola Martin