Despite a rise in women’s interest in the technology sector, gender diversity remains an important issue to tackle.

In 2019, for the first time ever, there were over one million women working in core-STEM roles in the UK! Yet, women are still extremely underrepresented in the IT industry. Indeed, in the UK, women represent only 16% of the technology workforce, with very few women in leadership positions. Although women are as capable and hard-working as men, there is still a huge inequality that persists over the years. It is true that many industries, including tech, have hired more women these past few years but the gender gap remains very present…

In order to tackle this ever-present issue in the tech industry, I have talked to several women managers and leaders in tech. They gave me their input on why they think gender diversity is still not achieved and what could be done.

Women are still a minority in STEM…

First of all, there is the fact that girls are usually less encouraged to study and pursue a career in STEM (Science, technology, engineering, and mathematics) than boys. This is quite a recurring issue as, for instance, when you step into an engineering or computer science course, you will often see more men than women.

Priya Gandhi, Global head of QA at Hogarth Worldwide, told me that ‘according to the recent UCAS data provided by HESA, only 35% of STEM students in higher education in the UK are women.’ This percentage is very low. Hence, she identified some factors that could contribute to this, including the family they come from, the school they study at, or even the people they are surrounded by. She also stated that the other important reasons why girls or women don’t go for STEM subjects are the misconceptions they have of it. Indeed, girls and women often internalized the assumption that ‘STEM is not interesting, or they believe they wouldn’t be good at it or think they will be working with a number of people that they just wouldn’t feel comfortable or happy working alongside’. This is why Priya points out that it is critical that female students are provided with unbiased and well-informed career guidance and support from a very young age to encourage them to study STEM subjects. ‘This’, she says, ‘should subsequently bridge the gender gap in the tech industry.’

Nondy Zulu, Head of Software Testing and Services at EWIT added that: ‘STEM is a historically male-dominated industry and because of that, most girls and women to fear, lack confidence and get simply intimidated by this. This dominance makes it hard for women to thrive and creates barriers for women to penetrate the industry.’

Estefanía Tosoratti, QA manager at NEMO Group, also emphasized the fact that it’s an evolution. Decades ago, there were no women in tech and now, more and more girls and women are being a part of it. She thinks that ‘we’ll be more in the future’ and ‘there’s a kind of “female conquest” that will help to make this gap smaller’.

The future is female! But first, we need to work towards encouraging more girls and young women to pursue an education and career in tech.

Tech as a career?

Due to the few numbers of girls studying STEM, only 3% of women consider a career in tech as their first choice. The lack of information women are given during their studies about what to expect when working in the IT sector as well as the misconceptions surrounding them make them believe they are not fit to thrive in that industry. But this is just not true.

Cecilia Harvey, CEO at Hyve Dynamics, reinforces that idea. She told me that, indeed, women ‘aren’t considering technology careers as they aren’t given enough information on what working in the sector involves’. But more than that, ‘no one is putting it forward as an option to them’. Although it offers exciting opportunities, most girls and women don’t consider a career in tech because ‘nobody is putting it forward as a possible option.’

Not only should women be more informed on their various career choices, including the various possibilities they can have in the tech industry, but also should they be pushed towards it. It’s time to change the mentality and work towards a move diverse future!

Yet, working as a woman in the tech industry remains challenging. When you are a woman, earning your place within a team is often not enough, you have to constantly prove that you belong and you can be as good as the next person, especially as good as a man.

Estefanía touched on this issue as she told me that proving how good you are as a woman can be a challenge. ‘There are always comparisons between men and women,’ she said, ‘but there’s a tendency to assume that men are better. So, we need to prove that that’s wrong.’

She also brings up the differences in working conditions. Indeed, women are less expected to have a position of power than men, although they might start at the same time. There are unfortunately very few women in managerial and leadership positions in the tech industry. Besides this, there is also the persisting issue huge of the gender pay gap, where men are often getting paid more than women for the exact same role.

Moreover, Nondy adds the fact that some people do not trust that women are as capable as men of dealing with technical areas of IT, such as writing codes. People are ‘treating women-dominated areas as less important than male-dominated areas’.  For instance, she says, ‘people will make it clear that things like testing must wait and gets allocated minimal time during software development lifecycles’.

In order to overcome that, Cecilia gave a very inspirational piece of advice concerning the challenges she faced as a woman in tech. ‘My biggest career challenges started with me and ended with me.  I overcame them by learning how to get out of my own way.  I learned to focus on things I could control and to be accountable for where I went wrong. I had the power to decide if I was going to let various distractions get in my way. Those distractions included fear, doubt, naysayers, toxic work environments, and toxic people. These distractions were not the challenges. My ability to tune out these distractions and move forward was the challenge and once I learned this I realized there is no challenge I cannot overcome. It’s not the water surrounding the boat that sinks the ship. It’s the water that gets in that sinks the ship.’

So, ladies, the power is in you to change things!

Then, what can we do to encourage more women into the tech industry?

According to Priya, many companies now ‘create a more welcoming environment for women and encourage diversity but as part of this effort, there should be an increased focus on implementing programs that would work towards an equal representation’. Only when there will be more career opportunities alongside a more attractive educational system, we will be able to see an increase of women in IT.

Estefanía believes that the first step is to make the issue visible. Only then can we start to find a way to face the problem. Women need to be able to talk about their experiences and share them with other women who might have faced the same things so more light is shed on the topic and we can learn from it. Educating and sharing are essential before any real change happens.

Empowering women is also a vital step! Nondy highlighted it particularly and told me that if we give women the confidence they need, they will be able to tackle anything in their life.

Talking about empowering women, Cecilia points out that having well-known female leaders is extremely important, as they can encourage young girls and women to follow their lead! Without them, the perception that technology isn’t a career for women is reinforced. Or how are you expected to achieve success if no one has done it before?

She continues by saying that there should be more inclusivity within the tech sector and that companies should promote tech as ‘a force for good’ in order to attract more diverse candidates.

Although women remain underrepresented within the tech sector, we can still observe a slight preference for testing.

Regarding this, Nondy told me that she thinks ‘most women like testing as it’s a safe and comfortable area in the IT space unlike other areas like engineering where things could get risky and uncomfortable at times.’ Even though she does note that this is probably the case due to a lack of confidence and societal concepts that taught us that ‘we must settle for less and not be too aggressive’.

Estefanía adds that ‘a tester has to be organized, meticulous, methodical, and pay attention to the details.’ These are skills very typical in women, hence why they could be more drawn to testing.

Finally, Cecilia emphasizes that ‘the incredible thing about technology is that someone so many options to specialize across numerous areas’ and Priya says that, once women start in the tech industry, ‘they are ready to embrace various roles and opportunities within IT be it Designing or Development or Project Managing or Testing.’

What would you say to women considering a career in testing but lacking the confidence?

Finally, I asked every incredible woman I talked to, to give me their personal advice to encourage other women to pursue their dreams of working in the tech industry.

Here what they said:

Priya: ‘I am happy to be an advocate for anyone to get into QA as I personally believe that gender should never be a barrier for any career choice. QA as a career requires someone to have an ability to interact with the clients to understand their requirements, to empathize, to be methodical in prioritizing those requirements, being responsive, multitask and finally deliver thoroughness as part of the delivery. Anyone who has these skills and can add some technical understanding on top of these qualities will just excel in QA as their career choice.’

Estefanía: ‘I’d say “Do it”!!! Whatever you do, as long as you enjoy yourself, it’s something that is worth it. I’d say that the important thing is to keep studying and stay updated. Testing is a very nice area in IT and it’s getting more and more important. So, start from the beginning and then you can find out what area of testing suits you or you like more. There are lots of groups in LinkedIn to join and start learning.’

Nondy: ‘I’d say to women who want to get into testing, it’s a wonderful area that women are able to master so well and dominate.  However, I’d say find something that will always take you off your comfort zone and make you challenged, like Test Automation, that way you stay relevant and don’t lose the coding skills you learn at College.’

Cecilia: ‘Overall, you need to create options for yourself:

Thanks to Estefanía Tosoratti, Cecilia Harvey, Priya Gandhi, and Nondy Zulu, your words are very much appreciated to shed light on this topic!

Data from Wise Campaign Statistic, ‘One million women in STEM in the UK’ and from PWC report, ‘Women in Tech: Time to close the gender gap’. 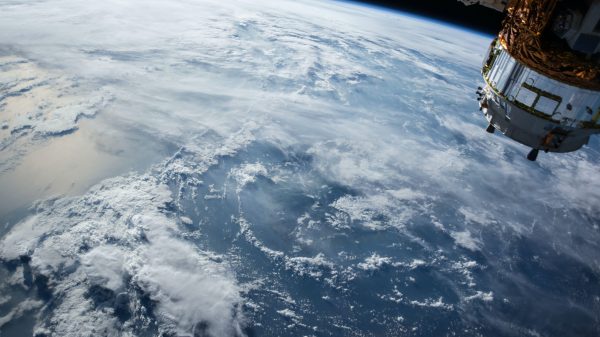