Virtual reality (VR) has become an increasingly popular alternative to traditional video gaming, with devices like PSVR and Oculus Go becoming more cost effective and easily accessible. However, greater research is showing us how we can use these devices for more serious plights – what if we could use VR technology to help our planet to become a better place?

We’re definitely experiencing tempestuous times as a planet. Social media, a platform we’re using to exchange our views between each other at an unprecedented rate, seems to be showing us that empathy is in sharp decline.

Climate change is also progressing at a speed unprecedented throughout human history, yet still struggles to be properly understood by much of the population. Poor mental health rates are on the increase, alongside a growing need to supplement traditional therapy with other treatments.

What if there was a way, through utilising some of our most exciting emerging technology – virtual reality – that we could increase education around our environment and also promote empathetic, prosocial behavior?

Could VR, in our arsenal, move us one step closer towards better education and mutual understanding?

As a producer working within the extended reality (XR) community, I see daily how VR is increasingly being used as a tool to educate multiple audiences on a variety of topics with lasting effects. It would be beneficial for everyone to see VR being used to address some of our most immediate global concerns.

Traditional CGI-based VR, using head mounted displays (HMDs), will be the focus in exploring VR uses, excluding ‘group’ VR experiences in shared spaces without HMDs. For the purposes of exploring the full spectrum of benefits of this technology, cases will also extend to 360 film (not traditionally regarded as VR within the industry, as it is not creating a ‘virtual’ space using CGI, but utilising the real-world by displaying 360-degree footage on a VR’s HMD).

Given the immersive nature of the results, this is being considered within the same space given similar emotional responses seen in CGI virtual reality.

The impact of anthropogenic climate change is being disregarded by some as modern myth, and those who understand the scientific facts are splintered in their ideas on the most effective ways to tackle it. It currently holds all top three spots in likeliness for being the underlying cause of imminent catastrophic global risks. Over 97% of actively publishing climate scientists agree on the imminence. In the UK, there’s been an increase in understanding of the threat it poses, yet there is more work to do.

The Stanford Ocean Acidification Experience (SOAE) is a VR experience that sets out to educate users on the acidification of the ocean. Through the medium of VR, an easy to follow story intertwined with scientific facts is displayed in a way instantly more memorable and digestible than a video.

Two hundred and seventy students between high school and graduate level and adult attendees at the 2016 Tribeca Film Festival used VR to view the SOAE VR Experience to interact with four different experiments.

The retention of information on this piece has been noteworthy – test scores about ocean acidification after the VR experience increased over 100% with retention of the information lasting over three weeks, demonstrating that this medium works efficiently at producing greater cognitive associations with information provided in this format.

To evangelists within the industry, increased recall with VR has been long understood – hence its strong use case as an alternative marketing method. A study conducted by researchers at the University of Maryland, Virtual Reality Palaces – Immersion Increases Recall, used VR and spacial mnemonic encoding (where participants recall an object or item by placing it in a physical location like a building, in this case a CG building) to test if recall is increased within VR.

Results were tested against traditional desktop displays – VR demonstrated 10% increased recall in 40% of participants. VR proved to come out on top for this one, and several other studies surrounding this are all pointing towards similar results.

If initial studies are demonstrating that combining VR with the facts surrounding climate change can help to increase ‘climate literacy’, it is clearly a valuable alternative tool to traditional approaches.

360 Film is currently being used as a tool to educate school children on the effects of bullying. The Open University is also currently researching and evaluating the use of VR in fighting extremism among vulnerable young people.

Virtual Inclusion: Tackling Hate and Extremism in the UK Using Virtual Reality Technology is a study utilising three immersive 10-minute 3D experiences being demonstrated in schools in three English towns and cities.  Aimed at children from 9 years to 11 years of age, the study sets out to put children in the shoes of those with differing backgrounds, exploring how exclusion from the wider social group feels.

Initial reactions to this study have provided positive results, with the students expressing that they felt empathy with the characters being bullied. One question that arises from this study is whether or not VR is imperative in delivering the message? Traditional formats may equally deliver a similar message – surely? An increasing number of studies are demonstrating that VR is useful in increasing empathy.

The university of Stanford is once again leading the way for VR in terms of positive societal advancement. In their Becoming Homeless VR Experience study, participants were shown a 7-minute VR experience, demonstrating a descent into rough sleeping. The control group were shown a variation of the information provided in the VR experience; a narrative or interacting with a desktop version of the experience.

VR participants were more empathetic toward the homeless, and an increased likeliness to sign a petition in support of affordable housing, versus other study participants, was also observed.

The two-month study involved more than 560 participants, aged between 15 and 88, representing at least eight ethnic backgrounds. Previously, many studies have not looked at the influence of VR over one- week studies. Providing data over this two month period is taking a step further into looking at longer-term use of VR.

Eighty percent of Brazilian forestry between 2000 and 2014 was cut down for conversion to pastures for cattle grazing. Only 20% resulted from the direct conversion of native vegetation to croplands, especially soy, which is a staple crop in feeding cattle in Brazil, as the MongaBay environmental website reports: Expansion of cropland (row crops) in Brazil nearly doubled between 2000 and 2014, from 26 million hectares (100,387 square miles) to 46.5 million hectares (179,538 square miles).

In addition to this, there is strong evidence that water is being used irresponsibly and at an unsustainable rate: 1799 gallons of water per pound of beef is required to get this from farm to table (producing 10 burgers is worth a years’ worth of showers), in comparison to legumes, which take 704 gallons per pound. We’re currently draining aquifers and tapping into finite water sources for meat at such a rate, that we may be water insecure by 2050.

Furthermore, there are an increasing number of documentaries and studies showing excessively cruel practice within the meat and dairy industry and sparking protest across the globe. As a result of the problems that arise from excessive meat consumption and the meat industry, veganism and flexitarianism is on the rise.

Encouraging the decline of excessive meat consumption through the medium of 360 film is something that is increasingly common. Montclair Animal Activists at Montclair State University and Vegan activist group Vegan Outreach paired up to show VR films surrounding animal agriculture over a two-day period. Out of 140 people who attended, they reported a 30% rise in new vegans.

Other projects like iAnimal (a unique immersive experience into the lives of farmed animals), have sought to educate users on the daily occurrences on the inside of factory farms. The topic itself is already rather gruesome – the extra level of immersion through a HMD may be the extra step needed for many to change their eating habits.

Through invoking such emotion, the film itself brought Downton Abbey actor, Peter Egan, to tears. One viewer was also quoted as saying: “The VR images, a week later, linger behind my eyes. How could they not?” Given the earlier point that VR increases recall and retention, it makes sense that an experience that combines the most horrific parts of food processing lingers in the mind when paired with HMDs.

One of the biggest growth areas for VR now is within the healthcare industry. In 2012, VR healthcare was worth £403 million. This increased to £750 million in 2017. From helping to detect the early signs of Alzheimer’s to experiential training, the healthcare industry is continually finding opportunities to utilise this technology in valuable ways.

Cancer, being one of four top life- threatening diseases, is of increasing concern in the west. Brigham and Women’s Hospital, Boston, Massachusetts, are using VR to help cancer patients understand their treatment plans by taking the user inside of their body.

This is VR in the most traditional sense, immersing users into a world that can’t be experienced in real life. They’re seeing success in helping their clients to better understand the process. By using immersive VR, the complexity of the disease is lessened in the mind of the patient, which provides a level of comfort.

VR is also proving useful in pain relief in hospitalised patients. In one study, 100 patients were shown similar pieces of calming content, to help ease pain. In the first group of 50 participants using traditional formats to view content, pain decreased by 13.2%. This was almost doubled in the group using VR headsets to view content, at 24%. In another study, VR in addition to medicine, was found to significantly reduce pain in burn injury patients during wound dressing changes and physiotherapy.

Time and time again, it appears as though VR is proving to be an effective assisting tool in reducing pain during recovery and treatment.

Virtual Reality Exposure Therapy (VRET), is a top contender in effective use of VR to treat a medical condition. It’s continually being examined and reviewed to treat PTSD, phobias, and anxiety disorders with one meta analysis study showing that VRET is an effective and equal medium for exposure therapy.

The list of medical conditions VR is seeking to soothe seems, at this point in time, endless. As an increased number of researchers look to reduce physical and mental stresses with VR, it is expected that we will continue to see VR’s largest usage and greatest advocates coming from the healthcare industry.

Can virtual reality save the world?

VR may not be able to save the world alone. In many of the cases, it is used alongside traditional treatment or educational methods to further the user’s knowledge or help an ailment to improve. Working well as a complementary therapy, versus a stand-alone solution, however, is no reason to bin the idea that VR could become a mainstay very soon. There is a notable increase in interest in studies around HMD devices and immersive technology, which is incredibly promising in seeing where we can take this technology and how it can be best utilised to quell the ills of society.

An increase in HMDs on the market in 2019 will reduce overall cost of devices, making it more accessible to not only students investigating uses, but make it more readily available for the average person who wishes to gain greater insight on a topic, or check in with their anxiety levels.

Perhaps it’s time to look at VR as more than just a gaming opportunity, but a technological wrench in our toolbox to move us one step closer towards better education, a healthier planet and mutual understanding. 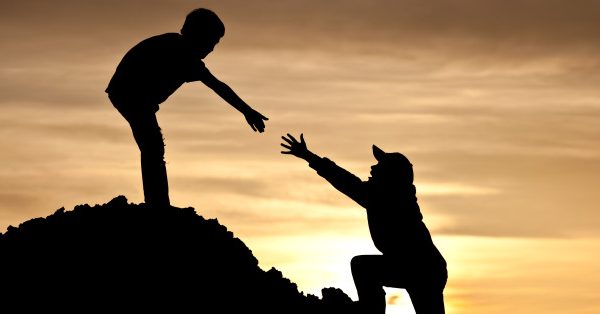 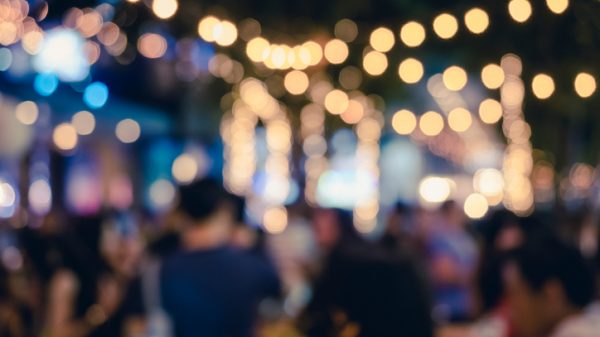