Samskriti King has been an asset to Veracode over the course of 11 years, through different job roles, which eventually led to her delivering solutions to customers and working with analysts through corporate strategies.

Tech in general has been her fortey since a young age. “My interest in tech came about at boarding school in India. The only room that had air conditioning was the computer room. But once I took that class, I became hooked on technology. It was always about applications and tech with business for me,” she added.

Her most memorable moment working for Veracode was starting in stealth mode, to Gartner’s Magic Quadrant then classifying the company as a leader. After that, she knew they had “landed”.

But as a woman in the tech scene, has it always been easy for her?

King revealed: “I’m lucky. Veracode has a lot of diversity as a company. It consists of more than 50% woman, so we strive in that area. But if you look into the tech sector, it most certainly does lack in diversity.”

Recent studies estimate that almost 50% of women who go into technology leave the field (more than double of men), and women make up only a quarter of employees and 11% of executives in the tech industry, according to axios.

“I want people graduating with any degree to see tech as a career. It doesn’t sell itself and is full of an array of different functions. I want it to be an industry segment, and see more women, and people of colour.”

According to the United States Department of Commerce report, Women in STEM: 2017 Update, women make up around 24% of the national STEM workforce, with more women working in physical and life sciences, rather than in engineering, computer science and math.

In terms of what else technology firms lack, King believes people that do business with enterprises make stories too jargony and technical, instead of simply explaining outcomes and achievements. “More simpler stories need to be told, to attract more people without getting caught up,” she added.

King also noted that she knows a company leader who didn’t use LinkedIn, so he couldn’t act on being unconcious bias when employing. 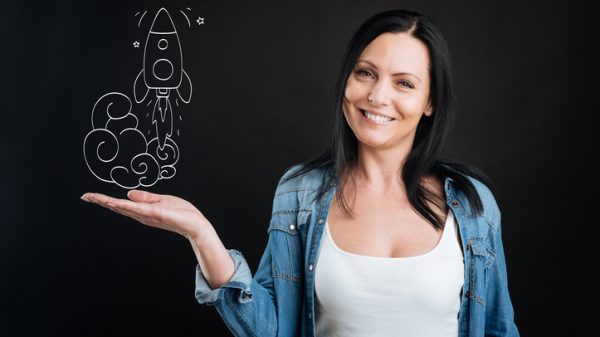 Women in tech – how long can we wait?