As part of the Unmanned Aircraft Systems Integration Pilot Programme, Uber, Intel, Microsoft and Apple are soon to be flying drones around the USA for a variety of tasks including digital mapping, shopping deliveries and for conducting surveillance.

On Wednesday, 10 drone projects were approved by the US government which didn’t include the world’s largest retailer, Amazon.

The programme was launched last year by President Trump after the US fell behind in drone experimentation, giving the US the incentive to test drones more heavily by a broad range of firms for a range of different purposes.

Uber will be using its air-taxi tech to deliver food in San Diego, California; Intel will be using its drone and artificial intelligence technologies as part of conservation efforts to help rebuild the decrepit Jiankou section of the wall some 30 miles north of Beijing; Microsoft plans on making the unmanned aerial vehicles even more autonomous than they currently are with a new collaboration with Chinese drone-maker DJI; while Apple will be capturing images of North Coralina with the US Department of Transportation to better-capture images for Apple Maps.

To help the Federal Aviation Authority (FFA) govern suitable laws for the aerial vehicles, two new drone regulations are waiting for approval by Trump’s administration, which could take up to a matter of months.

Currently, some of FAA’s main ‘Summary of Small Unmanned Aircraft Rules’ include: 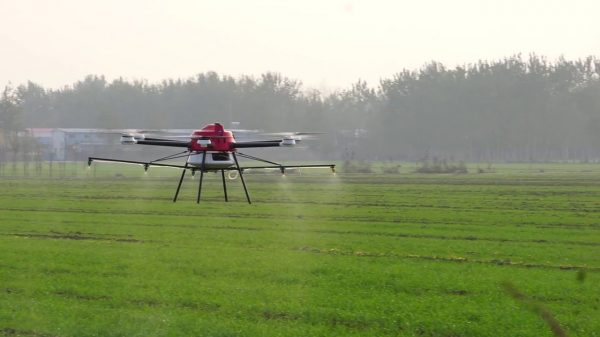