Do you want to increase your number of in- house testers for free? It’s hardly alchemy, but minimal time investment can turn your documentation writers into full-time software testers.

Or does that sound too good to be true? Customer-facing organisations that create instructional materials on using their software already have individuals performing many of the same tasks as manual testers. Minimal training can enable these same documentation teams to perform effective functional, exploratory, and usability testing.

Meanwhile, documentation teams avoid constantly reworking already created materials, by virtue of the resolution of defects before they are reflected in their guides and videos. Together, that spells software with fewer bugs, and an all-round better user experience. 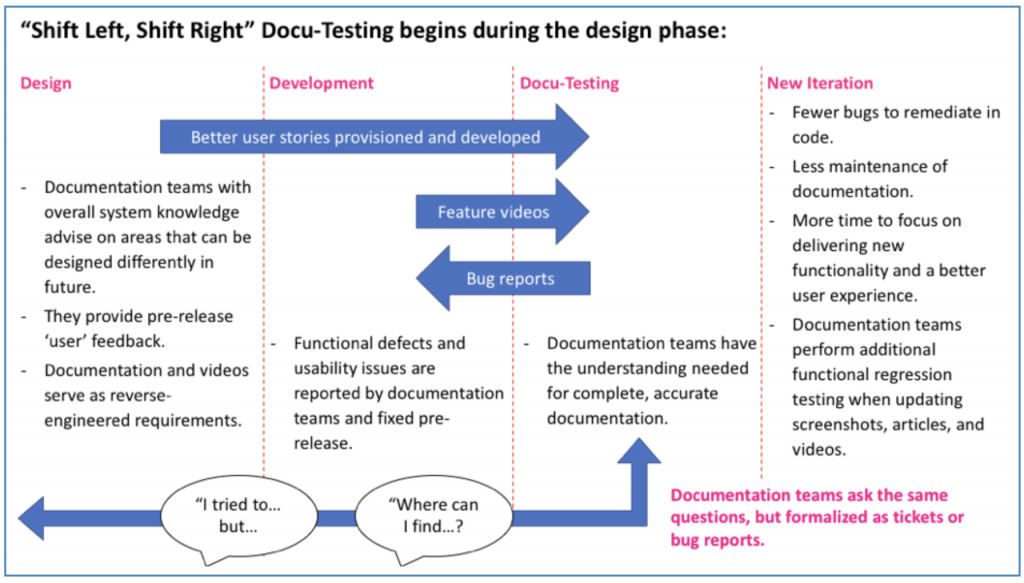 Documentation teams already perform many of the same tasks as manual testers, requiring only minimal additional training to test. This is reflected in the simplified comparison below.

To document a system, I must:

To test a system I must:

In practical terms, steps one and two are equivalent. The major difference, therefore, is the output – whereas documentation teams produce written guides and videos, testers produce tickets and bug cards.

Though documentation teams do not formally log defects, they frequently perform the thinking behind them.

They often find themselves returning to development teams to ask questions like, ‘I cannot find this, should it be here?’, or ‘I followed these steps, but I get this result’.

Documentation teams are therefore already testing the systems they document, and are reporting bugs via email, chat, or in person.

They are furthermore logging their actions as they go, with screenshots, text, and video. In other words, they are creating what could be highly detailed bug reports, setting out the exact steps required to create a defect in their environment.

Showing documentation teams where to log these detailed defect reports will equip them with testing skill number three described above.

Where is ‘docu-testing’ most effective?

Documentation teams will, of course, not be suited to every type of testing. They are not, for instance, already performing back-end or API testing.

Some of the types of tests that documentation teams are already executing are considered below, with explanations as to why they are readily equipped to perform them.

The documentation task par excellence is creating clear and concise guides on how to use applications.

These used to be housed in complete user guides, enclosed in CD cases; more frequently today, it takes the form of online ‘knowledge base’ articles and videos, crammed full of screenshots.

A typical process for creating such documentation runs as follows: I am provided with a video demonstrating a just-developed feature, or an alert to a user story that has just been developed.

This should tell me how, why, and when an end-user would use the new functionality. I then act as the user, performing the steps they would, creating written description and screenshots as I go.

This process essentially converts user stories into test cases, where the ‘how-to’ steps are equivalent to test steps. These are executed as the guide is being written, collecting screenshots along the way.

Writing instructional guides is therefore similar to functional testing – insofar as the actions exercised against the system are concerned. In particular, it is ‘happy path’, end-to-end functional testing: documentation teams act as users are intended, with the aim of documenting the complete journeys through the system that users are expected to perform.

Docu- testing, in this regard, is therefore better equipped for functional smoke testing just before a release than exhaustive functional testing.

The end-to-end functional testing will sometimes throw up functional defects. The video or user story provided by development provides a description of how the system should work; when I do not see these expected results, it might be a bug.

Some typical questions documentation teams might return to development include:

Such questions will often be posed via email or chat. Training documentation teams to instead log their questions in systems such as JIRA will enable them to act as manual functional testers. This will introduce all the benefits of defect tracking and reporting provided by testing tools, in roughly the same time already spent sending emails or firing off questions.

The overall understanding of a system that is ultimately distilled into the concise user guide or articles is relatively comprehensive. I must understand what a user is expected to do, and also why the system has been developed this way.

Documentation writers therefore act as fairly unique stakeholders: they adopt the persona of a new user, but with subject matter expertise of the overall system. However, this understanding is not deeply technical, and does not extend ‘under the hood’ to the back-end systems.

Acting just as a new user would, documentation writers are well-placed to spot usability defects. They might struggle to find the location of a button, feature, or menu, for instance, or might notice when a screen is configured confusingly or is too busy.

This might not be immediately obvious to testers and developers who have seen that same screen hundreds of times, and who understand the technical reason why it is set up that way. The same applies to the terminology used to label features and buttons, which can often be fairly idiosyncratically chosen by developers or requirements gatherers.

The temptation as a documentation writer is to assume that it’s one’s poor understanding of the system that has created the confusion.

However, if something is not immediately obvious or clear, it’s potentially a usability error that will impact end-users in the same way as the documentation writer.

This is especially true for UIs. Documentation teams need to instruct users on where to find buttons and features, and must document the journey through panes, panels, pop-ups and screens. They will directly experience convoluted or over-engineered processes or hard-to-find buttons.

Typical questions that documentation teams feed-back to developers and business analysts include:

Gaining the understanding of a system needed to document it often requires the same playful, cogitative curiosity exercised by exploratory tests.

For comprehensive documentation, I need to understand and document every button and every screen, and will frequently click buttons for no reason other than to find out they do.

This process often exercises combinations of buttons or features in unusual or unexpected ways. It can throw up defects similar to those found during exploratory testing, and questions asked of development in return can include:

The response in return is often ‘good spot’, reflecting how documentation teams are again well placed to incidentally identify bugs where others might not look.

Documentation needs to be kept up- to-date as systems change, adding new features but also making sure that screenshots and instructions reflect the current system.

This means capturing new screenshots and video after something has changed, following the functional steps exercised when the original documentation was written.

However, I cannot simply begin with the exact screen or location in the system that has been updated, and must re-execute the steps required to reach the point of the change.

Maintaining documentation is therefore substantially comparable to functional regression testing, and can throw up the sorts of functional defects discussed above, as well as integration errors created by changes made in development.

The case for in-sprint documentation

These are just some of the ways in which documentation writers are performing many of the same tasks that testers perform against a system.

These benefits are achievable with a small-time investment by documentation teams. By simply letting documentation teams know where to input the questions they are already asking, you can effectively create ‘free’ full time test equivalents! 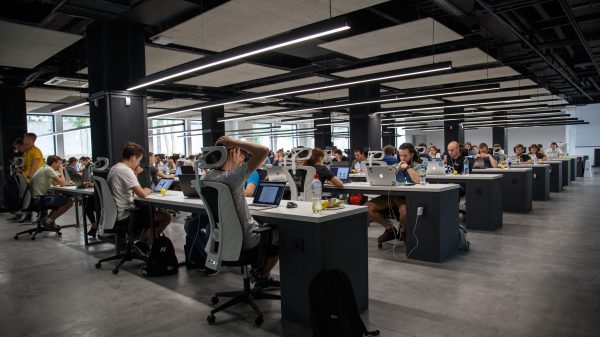 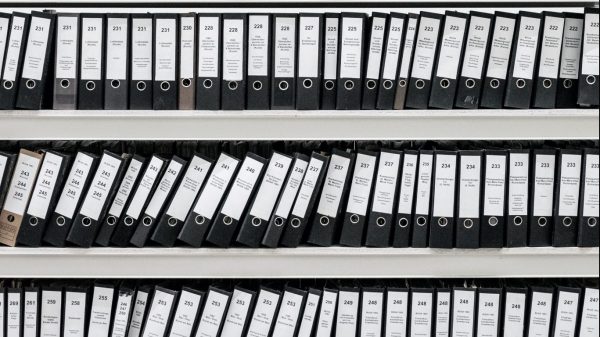 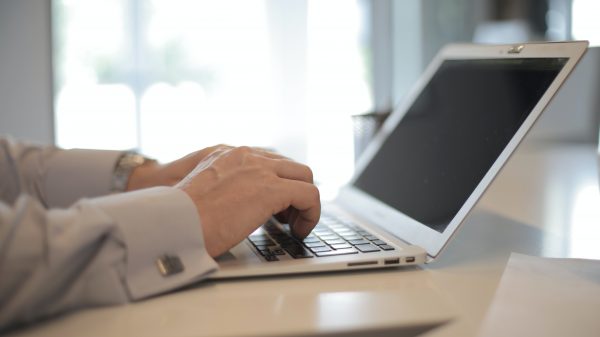 Leaders in Tech: Simon Prior