Colin Bull, Principal Consultant Manufacturing and Product Development at SQS, explains the need to embrace IPisation now to trust the connect devices of our future.

The Internet of Things (IoT) is just that, it is the connectivity of ordinary things. The connectivity of the internet (IPv6), the move to the cloud and big data analytics, combined with the emergence of processing power at the edge, have all allowed products to become connected and smart. From phones, to connected watches, cars to fridges, IoT has had a disruptive impact on our everyday lives. With the ability to replenish our fridges autonomously, to monitoring our daily activity levels, our lives have been influenced and simplified as we know it.

Devices monitoring our every step and heart beat are physically impacting a consumer’s daily decisions and have been a key contributor to what is now a massive IoT ecosystem. According to new research by the Centre for Economics and Business Research (Cebr) big data analytics and the IoT are expected to add some £322 billion to the UK economy between 2015 and 2020. This is twice the size of the combined education, NHS and defence budgets for 2014-15, and 22% of the UK’s net public debt (circa. £1.5 trillion in 2014-15). This goes to show the enormity and impact IoT has had upon the UK’s digital revolution.

Consumers now expect everyday objects to be connected and have the ability to think autonomously. This has meant that traditional hardware manufacturers have had to keep pace by embracing this IPisation of products and in essence, morphing themselves into software providers. This presents a drastic change of approach for the hardware manufacturing industry, as they have had to adopt a completely new way of thinking and working.

Additional pressures from the IoT revolution

Hardware manufacturers are having to change their strategy and start building hardware around software, rather than treating it as a traditional add on later down the line. IoT also has the added layer of complexity of the device often needing to be able to communicate across a variety of different platforms, such as 5G, Wi-Fi and Bluetooth. This has forced hardware companies to think more like IT professionals than manufacturers, encouraging the adoption of a ‘software first’ approach.

Companies, traditionally built around the physical manufacturing of their products, already have knowledge of how to test them from a hardware perspective, for example testing a braking system on a car. However, they are not used to having to test software processes that integrate with the hardware, other software from their supply chain and external data sources.

The alternative to releasing untested software onto the market is, at best, embarrassing, but at worst could be catastrophic. Just last year, automotive giant Tesla was forced to issue a software update twice in a month after two researchers found a way to subvert its on-board system.

Japanese car maker Subaru was another to fall foul, and was forced to recall 72,000 vehicles with the company’s Eyesight Driver Assist system, following identification of a software problem that could cause the automatic braking system to fail. It turns out that the dependency between the brake light switch and the automatic braking system had not been considered, leading to potential failure of two vital elements of the vehicle.

Luckily, these examples were both caught in time but they highlighted the need to embrace robust software quality and security measures into traditional physical product lifecycles. Even something as seemingly innocuous as a connected lightbulb have a MAC and IP address, meaning that a once disposable commodity could potentially be cloned and used to access a network without sufficient security measures in place.

With this mind, many hardware manufacturers faced with embracing a software first approach may have their priorities confused and have become caught up in worrying about delivering functionality and monetisation, when it is information security that should be at the forefront of their minds.

Many updates for connected IoT products are provided over the air, however, this has presented additional challenges for the testing industry, as it has been the first time that they’ve been tasked with testing things on the move rather than in a controlled environment. This demand has resulted in third party specialists needing to modify their offering to assist with the unique agility of the IoT market.

Whilst software is omni-present in our increasingly connected lives, time and again traditional hardware companies have shown that they still have a lot to learn. There is no turning back. This is exemplified by recent collaborations between automotive companies and IT firms. For example, the pioneering partnership between Google and Fiat Chrysler; a move that bridges the technological unknown in a bid to manufacture the next generation of connected car.

The opportunity that IoT presents, particularly to the hardware manufacturing industry, is too big to miss out on and security measures must be put in place to not only safeguard consumers, but to protect brand reputation and avoid losing out to competitors. 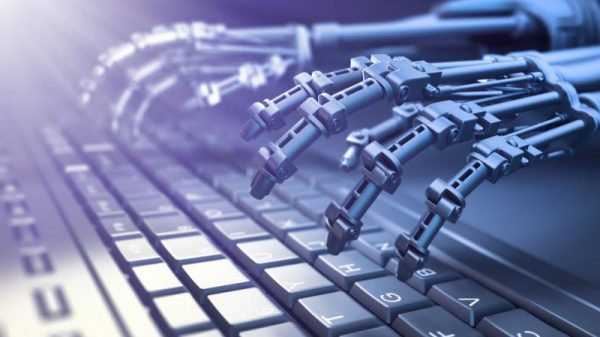