The Iron Triangle of project management

When I used to work as a project management consultant, I would hear brilliant leaders around me say: “Speed, quality, cost. Pick two.” In other words: if you want a higher quality product, you have to sacrifice speed, cost, or both. In this frustratingly pervasive “iron triangle” decision-making philosophy, true improvement is not possible. We are doomed to do only as well as we are doing now; our only options are to choose which priorities will be sacrificed to others. 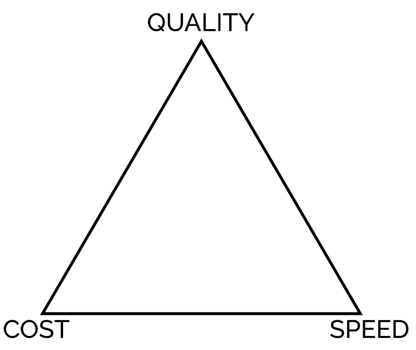 In software development, this same trade-off-only mindset—an implicit belief in this Iron Triangle—still exists. Iron Triangle thinking means that engineers often feel stuck between prioritizing quality of code, speed (time to market), and cost. Of course, we will always have choices that we can make between speed, quality, and cost. But the fallacy of Iron Triangle thinking is believing that the parameters of these choices are fixed, limiting our potential for innovation.

The pervasiveness of Iron Triangle thinking means that many engineering leaders see only a hard trade-off between the cost and speed benefits of continuous development and the quality benefits of deploying slower and testing more. As a result, many development teams who want to improve cost and speed are hesitant to make the move toward continuous development because they’re afraid of impacting code quality. They feel forced to choose between developing in two-week sprints—with a massive test suite that is expensive and slow, but assures quality at the end of the sprint—and moving to a Continuous Integration/Continuous Delivery (CI/CD) mode that is faster and cheaper, but sacrifices quality with less testing.

In traditional end-to-end (E2E) testing processes, there is no pressure not to add tests because you want a minimal chance that any bugs will make it to production. Typically, in the sprint-based (“agile”) development approach, quality is optimized at the price of cost and speed.

Most leaders are accustomed to running E2E testing at the end of a sprint, so the test suite can run as long as it needs to. Once E2E test suites grow to a certain size, you have to run them less frequently, as they can take several hours and simply can’t be run every time developers check in code. This means that there’s a feedback lag: developers discover bugs in their code days or weeks after they’re written. At that point, it’s impossible to pinpoint which deployment even caused the bug, so you can’t toss the buggy code back to the developer who wrote it. Often, leaders assign these bugs to more junior developers who are forced to mine the code to understand the intent of the original developer. In all, these bugs require a significant amount of time and resources to fix.

Speed and cost: The continuous approach

In a CI/CD environment, a team supports continuous development with continuous testing: every deployment is tested individually before it is staged or shipped to production. With fewer tests, the test suite runs in a matter of minutes, feedback lag is minimal, and buggy code returns directly to the engineer who wrote it. With this approach, developers are more fresh on what they just wrote so that when bugs do get caught, they’re able to pinpoint exactly where the problem is and resolve it in minutes, rather than hours or days. Thus, with the continuous approach, the KPIs that the engineering leaders maximize are developer velocity (faster deployments) and cost (fewer tests to maintain).

The drawback to having fewer tests, of course, is that you’re ensuring less quality before your code goes out the door. Fewer tests simply means fewer opportunities to catch bugs before they hit production, sacrificing quality in favor of speed.

A new approach: Agile and continuous

One such way to break the Iron Triangle is to simply choose the best parts of testing from both agile development and continuous deployment. One possible design change to your deployment structure is to implement continuous testing early in your SDLC with the quality benefits of the end-of-sprint testing that occurs in agile development practice.

In this structure, you preserve the benefits of continuous development: your developers can still contribute small chunks of code and run tests continuously for rapid feedback. In addition, you can run a larger test suite in a staging environment against a number of builds to catch bugs that the continuous test suite missed. This approach means many of your bugs are caught sooner and fixed faster. Anything missed here is caught by the larger test suite later, giving your developers the speed advantages of continuously developing and testing, and your application gets the quality benefit of running a larger test suite—all without costs beyond maintaining the larger suite that would’ve been written for an agile team anyway.

As engineering leaders and teams, you can break the Iron Triangle of project management by structuring your improvement cycle not around trade-offs, but on continuous improvement. A great engineering leader will use the momentum and mindset shift gained from their first Triangle-breaking win to push their team to challenge the assumptions that have held them back from improving all parts of their engineering practice. 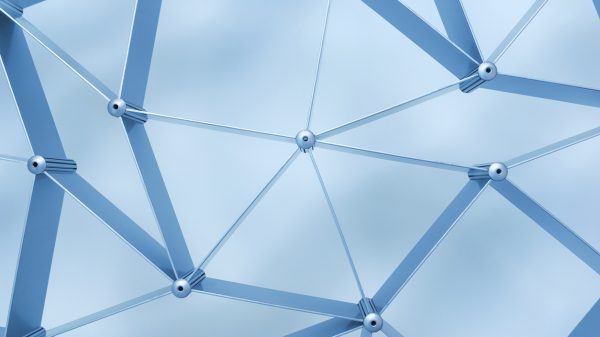 The Iron Triangle of project management