The world of software testing is constantly evolving and adapting to new technologies so as to always become faster, more productive, and achieve higher software quality. Automation has become an integral part of software testing in order to reduce simple and repetitive tasks and accelerate the test process.

Scriptless Test Automation (STA) allows testers to automate test cases without worrying about the coding all the while maximizing the scalability of test automation. With a Scriptless approach, businesses gain great advantages during the testing phase.

Hence, we have asked experts in the industry to share their insights about the topic and reflect on the Scriptless Test Automation and its future.

What is Scriptless Test Automation?

First of all, we have asked them to define Scriptless Test Automation.

According to Manikanta Gona, Senior Software Test Engineer at Further, Scriptless Test Automation is a way to create Automation work without doing any manual effort. However, he emphasizes that it would be more beneficial to the Business User rather than the actual SQE/SQA (Software Quality Engineering/Software Quality Assurance).

For Miroslav Lazarov, QA specialist at SAP AG, Scriptless Test Automation is all about handling.

Indeed, he continues, the tester doesn’t need to act as a programmer, it’s much better to describe the product under test with words and actions used by the customer. For instance, the UI testing process needs to identify the UI components and possible steering/actions and validation without having deeper knowledge. Testing suites and tools allow easy objects scan and map process, then handling via properties and actions of these objects instead of scripting.

According to him, it’s mostly a drag and drop process.

Indeed, Scriptless Test Automation allows testers and business users to perform automation tests without building automated test scripts and helps to generate faster results, as well as minimizing the time and effort spent on understanding code. Therefore, with STA, people with no testing background whatsoever are able to understand the process and evaluate test cases.

There are many advantages of using scriptless testing, which we are going to discuss below.

The Benefits of Scriptless Test Automation…

With Scriptless Test Automation, automation becomes easier, simpler, and more understandable all the while optimizing the testing process.

Miroslav points out the main benefits are that STA provides higher productivity with fewer efforts. Indeed, for simple tests, there is no need to have highly trained people. The same thing goes for full end-to-end scenarios.

Hence, Scriptless Test Automation allows business users to be a part of the testing process, who can then engage with the technical experts. This leads to better communication between the two in order to review test cases.

Moreover, STA reduces time to automate efficiently, leading to quicker results and fewer costs as well as allow testers to spend less time on automation. Hence, it is easier to detect bugs earlier in the software development lifecycle.

Yet, Scriptless Test Automation is not without complications and drawbacks…

For Manikanta, one of the most important challenges is related to creating awareness and promoting the usage of Scriptless automation, in order to have a huge investment in the tool.

Miroslav, on the other hand, highlights that when you need to go deep into actions and checks, sometimes the only way is scripting. Although It’s rare, it happens that in very specialized / custom software pieces it’s impossible to perform adequate testing just using a scriptless approach.

However, he notes, if the programmers design their functionality with testing in mind, this still can be avoided.

A scriptless test automation tool can simplify the manual effort required to build a test case. Indeed, instead of writing code, the tester only has to define the steps to be performed, and the tool will convert those steps into the actual code during the test execution. Hence, testers can get results without having to do any code writing.

Thus, we asked our experts to recommend the best Scriptless tools.

Manikanta proposes to use Robot Framework and open-source tools. Miroslav adds that the Tricentis TOSCA suite is great to have for Scriptless Test Automation.

Besides, Rational Rose/IBM and Mercury QTP/HP both have scripting in mind in all but recorded scenarios.

Manikanta tells us that they are several steps to follow in order to put into place a successful Scriptless Test Automation approach:

For Miroslav, it’s more of a matter of proper testing suite only. Scriptless will only help if the programmers are aware of the testing that follows.

According to Miroslav, Scriptless Test Automation is a very steep learning curve, which is focusing on important parts (not just details). It can thus provide very high productivity as well as less time to design and implement the test cases.

Hence, it is easier to understand and redesign later.

Manikanta, on the contrary, is not in favor of the Scriptless as it has to be more related to the Business/acceptance testing model. He points out that there are not a lot of companies that promote automation for business users.

The future of Scriptless Test Automation is still to be written but it is certain that it will be a part of it.

Special thanks to Manikanta Gona and Miroslav Lazarov for their insights on the topic! 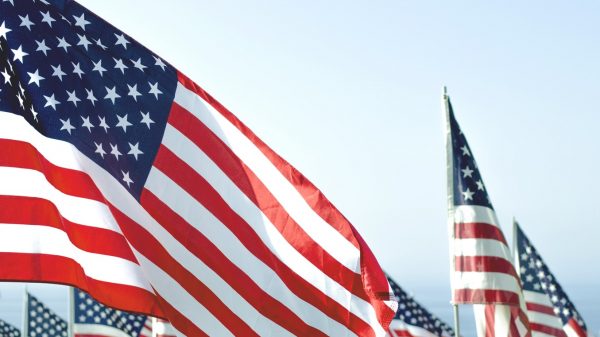