Today, The European Software Testing Summit held at The Hatton, Farringdon, brought together a mixture of software testing professionals who have a passion to network and participate in targeted networks, ensuring they are up-to-date with industry trends.

Firstly, Paul Boca, Technical Test Lead at BJSS, kick-started the day with his presentation ‘Testing the Future’, to teach his crowd about upcoming trends. His main focus was innovations within the industry, and what he feels the future of testing is going to be.

‘Manual testing is not over yet’

Before judging tonight’s European Software Testing Awards, Amparo Marin, Certification Governance Director from Banco Santander; Nadine Martin, Senior Manager for Test Services at Sony Computer Entertainment Europe; Niranjalee Rajaratne, Head of Quality Assurance at Third Bridge; Riel Carol, Head of Test from YouView TV Limited; and Myron Kirk, Head of Test CoE at Boots, took the limelight to host a Q and A panel on technology trends. One of the main questions was “how can we move manual testers to automation?” Although, according to Kirk: “Manual testing is not over yet”.

The crowd then mingled together as they decided what roundtable tickled their fancy, as they had the choice out of three to attend (Cross-Device Testing, hosted by BugFinders; Mobile Testing Challenges, hosted by DVT; and Testing in the Cloud, hosted by Delphix).

‘How do we create visibility?’

To discuss management and teams, the judging panel took to the stage to host another Q and A panel. Someone from the audience asked: “How do we create visibility?” and “how do we master automation?”

Marin kindly answered: “You need to make sure the business sees the value you are adding.”

“When it comes to artificial intelligence (AI) and automation, you need to draw applications, automate the input and output with data, and then analytically combine different skills and split the data, such as APIs.”

More roundtables then took place. One was hosted by DVT, who touched upon testing in an agile environment; The other roundtable was run by Myron Kirk from Boots, who explained his way of testing in a retail environment; and testing in the cloud was also a raised at Delphix’s roundtable – before the crowd tucked into a delightful lunch, catering for a variety of peoples’ needs.

‘A better understanding of future technologies’

“The panels and roundtable discussions were thought-provoking. I particularly enjoyed listening to how people are working to overcome issues when it comes to implementing agile and DevOps at scale,” said Andrew Ayres from ROQ.

Lastly, the judging panel hosted yet another Q and A panel, but differently, they mixed up discussions focused on enterprise agile. A member of the crowd kindly asked the panel “how do we scale agile?”

Myron replied: “It’s a strange one because businesses existed before agile, so a lot of businesses don’t know about the need to change to agile. I know a massive company (not mentioning its name) which has switched to agile methodologies, because they had to change, or they would no longer exist.”

Nick Lamb from Inmarat noted today helped him get a better understanding of the testing world and future technologies. 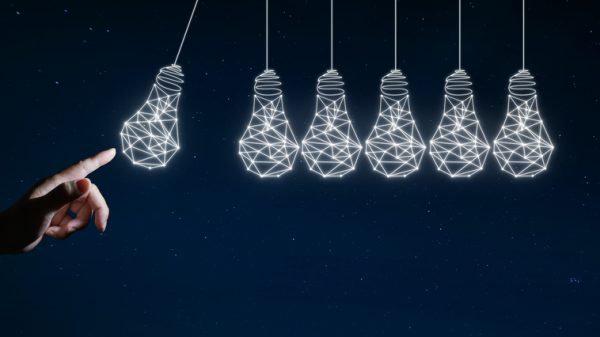