It is already a well-established fact that the gaming industry is massive. But recent years have shown that gaming still has plenty of room to grow. Just a few months ago, Software Testing News reported that the UK games market reached its record target of $5 billion in sales for last year, marking an all-time high for the industry. It was noted that the console market (PlayStation 4, Xbox One, Nintendo Switch) was what helped drive the growth, considering the Switch launched at the start of last year while new technologies were introduced in the PlayStation Pro and the Xbox One X. 2017 has also been a good year for quality video games like The Legend of Zelda: Breath of the Wild, Horizon Zero Dawn, Nier: Automata and many more. The UK has also been home to the development of some of the largest video game franchises, including Grand Theft Auto and Tomb Raider. It was also the first year that digital games exceeded $2 billion in sales.

On a global scale, however, mobile gaming seems to account for a large portion of the industry revenue. Statistics from MediaKix stated that there are over 2.1 billion mobile gamers worldwide and that over 56% of them play 10 or more times a week. Hence, it is no surprise that the global mobile gaming industry is valued at $50 billion. This just goes to show that smartphones have moved past being a niche to become a market mover. While the consoles and PC markets are doing well, Statista predicts that smartphones will contribute 41% of all gaming revenue by 2020.

The exponential rise of mobile gaming can be attributed to how common smartphones now are. It’s rare to find anyone who doesn’t own a smartphone these days; especially considering many models can be obtained at affordable prices. So even though mobile games are less impressive than console or PC games in terms graphics and gameplay mechanics, they are inherently more accessible to people around the world.

Certain apps can give users access to more than one game. Digital provider Foxy Bingo has a variety of mobile-responsive  games on its website, leveraging innovative gameplay options such as a live dealer player can interact with. These games aren’t just available on the brand’s website either – they can be played through its new app on iTunes. These games all have various themes, gameplay mechanics, and simple graphics that can run smoothly on most smartphones, whether on a budget model, mid-range phone, or a flagship device. In contrast, many consoles or PC games may have hardware requirements for them to run properly. The idea of having that many games all at once plus the thought of being able to play anywhere are the two main variables that are played in favour of mobile games.

Meanwhile, in the UK, mobile gamers have recently seen the arrival of streaming service Hatch. Like Foxy Bingo, Hatch gives users access to a full catalogue of mobile games, and these titles don’t require any downloads. Its cloud-based system makes it possible for players to stream games directly to their phones. The service has already partnered with well-known game developers like Ubisoft and Bandai Namco. It’s too early to say for sure, but Hatch’s launch in the UK may have had an influence on the mobile gaming market in the region.

In general, the mobile market is only set to grow bigger as the eSports scene transitions into mobile. Several tournaments centred on mobile titles like Mobile Legends, Vainglory, Arena of Valor, and even Clash Royale have already emerged in Asia. Tencent, in particular, is aggressive with its expansion, considering the China-based publisher will be hosting an Arena of Valor World Cup at Los Angeles this July. The tournament’s prize pool is $500,000, and the organisers have already invited world-popular eSports teams like SK Gaming and Team Liquid to join. If successful, these tournaments may reach a point wherein the stakes are billions of dollars high. 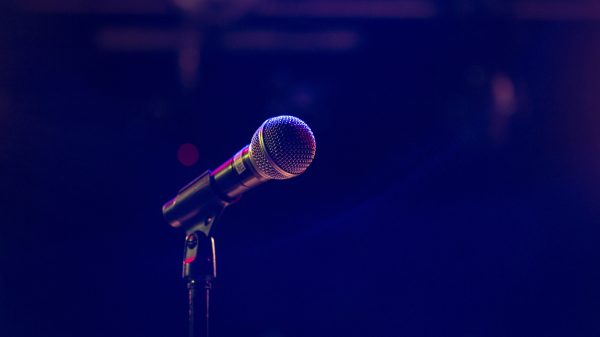 E3 2020 cancelled due to Coronavirus