As 2017 drew to a close TEST Magazine received many insights on what 2018 will bring to the world of testing. Last year the Chancellor of Exchequer announced considerable UK investment in emerging technologies, placing an emphasis on artificial intelligence (AI) development; basic application testing became mainstream; agile and continuous delivery increased as a trend, and IoT became more mature and stable through AI and machine learning (ML).

This year organisations will be part of a digital transformation – open source tools will “win over the world”; AI will break through (even more so); more testers will adopt a DevOps and agile culture, resulting in high-quality outcomes through automation; virtual reality will be lending a helping hand to the healthcare sector; voice technology will lead the way as it’s integrated into more products; hacking will be taken more seriously; and driverless vehicles will be taking over roads while being heavily tested, according to Dik Vos, CEO of SQS (page 28).

Another major change in the industry includes the new European General Data Protection Regulations (EU GDPR), which will be replacing the 22-year-old EU Data Protection Directive on the 25 May 2018 (page 4). Fines for non-compliance could cost up to EU€20,000,000. You, the tester, will need to make sure steep fines are dodged by collecting and processing an individual’s data securely with consent, issuing personal data when asked, deleting data under legal grounds if required, and any data breach incidents must be reported to the correct authorities as soon as noticed – are YOU prepared?

This issue of TEST Magazine primarily focuses on all the above, and much more. Enjoy!

WANT TO WRITE FOR TEST MAGAZINE? 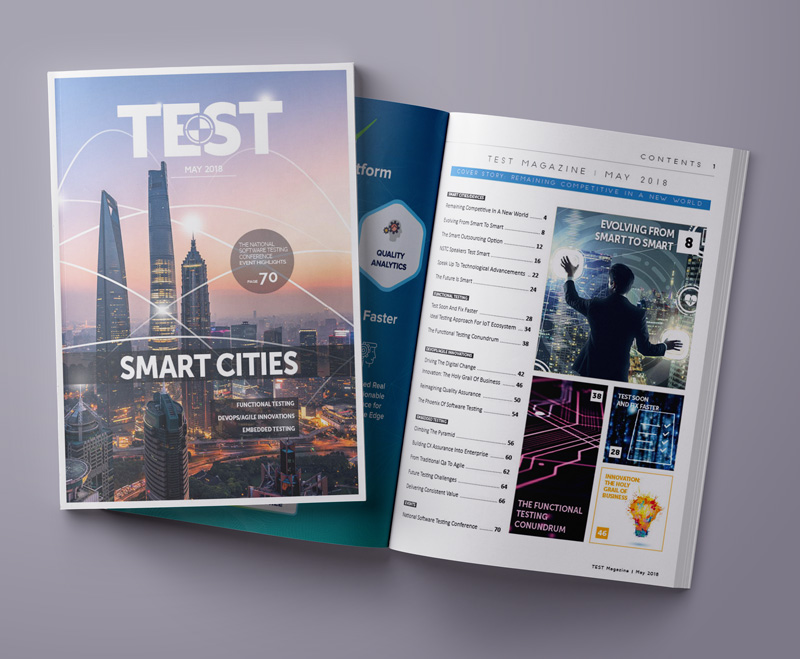 The future of test data management