The saying goes that, for British people, queueing is a pastime. Something that we do as well as, if not better, than any other country. In fact, it has been suggested that British people stand in line for fun. However, that idea can now be laid to rest after mass outrage this week when many customers were forced into a virtual queue at the cinema chain, Vue.

Customers looking to book tickets were put in a virtual queue when trying to get tickets for a film at one of the companies 89 UK venues, leading to a backlash on social media. Even the few that made it to the front (oh, the satisfaction) were blocked in their attempt to buy tickets. Vue said the queuing system helped manage the “huge demand” for tickets it faced. Though Twitter user Neil Knowless (@nknowsless) pointed out that he was number 22,767 in line.

Vue was explicit in its response, categorically claiming that ‘the website is not crashing’. While that is in dispute, what is clear is that in our social media driven age, technical issues that would have historically gone largely undetected, quickly become business-critical issues if left unchecked. This is especially pertinent in this case given cinemas place great value in differentiation by experience while being largely commoditised on price.

Actually, in the first instance, Vue is doing the right thing in monitoring user behaviour. Either through a combination of the weather (the first rain since Easter), the holidays (got to get the kids out the house) or basic demand (“isn’t Incredibles two supposed to be better than Frozen?”), it knew to expect high web traffic. To manage the demand on its website it implemented a virtual queue for its prospective customers during peak hours. This process ensured that the queueing individuals could see that they would soon be on the website. So far, so good.

The second part of this is technical monitoring and measurement—is the website behaving appropriately for the decision made based on user activity? The answer here is categorical, no. However, this highlights why the quality of the digital experience needs to be a board-level topic and not the appendix of a development process. The business might have an insight into the quality of its website, but the perception of performance is ultimately defined by the customers.

And customers have become accustomed to excellent service, delivered seamlessly and rapidly. Anything less than this risks negative retaliation. A recent study showed that customers responded more negatively to a website that is consistently slow rather than one that is temporarily down, as they felt a crashed website was more likely to return to good performance soon. In addition, the survey found that 73% of consumers would move to a competitor if a website is slow to load. A bad customer experience can have serious effects on the organisation.

So, what can organisations do to ensure that their customers have a great experience on their websites? By measuring user behaviour, in addition, technical behaviour and organisations can determine the correlation between the two and are able to see how technical issues impact user satisfaction and conversions. If monitoring both user and technical behaviour are brought into the development process, the entire site build will be focused on users in a quantified way.

Being prepared for peak times, whether a period like Black Friday and Cyber Monday or a one-off event like a high demand film, is invaluable. By knowing the limits of its website, alongside understanding its nuances from a user perspective, businesses can ensure its customers are happy, mitigate any potential backlash and, in the words of our good friends at the cinema, simply sit back and enjoy the film. 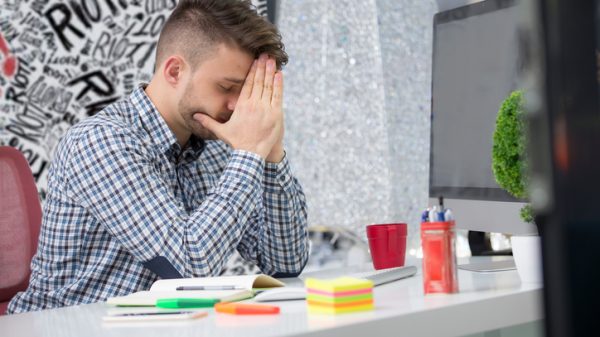