Focus on Automation: An Interview with Paul Farrell

As part of our focus on Automation, we have talked with Paul Farrell, Quality Automation Lead at Gear4music.

Could you introduce yourself and your current role?

My name’s Paul Farrell and I’m the Quality Automation Engineering Lead at Gear4music.

Can you tell me about your journey and how you got where you are now?

I started my testing journey in the games industry. I had a short work placement at THQ UK, formally known as Juice Games in Warrington, during my University studies. Once I graduated, I worked at Sony Computer Entertainment Europe as a Functionality Tester in the First Party Quality Assurance department (FPQA).

My first Web Application testing role was for a company called Inventive IT where I was introduced to cross-browser testing, APIs, and Agile processes. After that, I became Test Lead at an eCommerce business called Beauty Bay where I was responsible for building their QA processes and automation frameworks from scratch. After 2 years I was approached by Gear4music for what seemed to be my dream job at my dream company.

It was inevitable that I would end up working in IT as it was my strongest subject at school. I still remember the first IT lesson we had in Secondary School/High School and everyone was amazed that I could type so fast. I strayed away from tech for a number of years to focus on playing music around the country but I came back to IT in the end.

Why did you decide to specialize in Automation and Testing?

Marek, one of the developers at Inventive IT demonstrated how to automate actions in the browser using Ruby. It instantly sparked my curiosity and I was happy to use it to aid with regression testing.

Also, the CTO at Inventive IT, Nik, showed this cool and upcoming tool at the time called Postman which could use JavaScript to assert values in the API response. I’d happily spend hours working on scripts to help out with manual tasks, I find it so interesting and addictive.

Do you have a favorite part of your job?

In the past, I’d point to something too cool that I would’ve built. But the best part of my job is to see the other Quality Engineers utilising automation themselves to help with their own tasks.

What makes a good team leader?

In my opinion, a good leader inspires those around them and knows who to use and who to talk to to get the job done. A lead doesn’t need to know everything or be a technical wizard, but they’re aware of each team member’s strengths and weaknesses.

What are some of the challenges you faced during your career?

When I encounter something technical I don’t know yet, I really beat myself up about it. I have the usual imposter syndrome thoughts: “You’re a leader! You should know how to do this!” and doubting why I have the current position I have. But I actually look forward to those moments now as when you power through them and something finally clicks, it’s such a huge reward and it’s a humble reminder that you should never stop learning.

Easily one of my proudest moments was to just say “Yes” to everything and deal with the consequences later. To cut a long story short, this led me to be asked by Postman to speak at Post/Con in 2019. I was flown to San Francisco, which was my first time flying on my own, and I spoke to hundreds of people on their main stage about API testing. At the time, that was completely out of character for me. I still look back at that moment and feel that it was a defining moment in my career and personal life.

Take risks. Failures are only bad if you don’t learn from them. Own your self-development! Do not wait for someone else to train or teach you something. There are so many free resources online to learn things.

What are you aiming for in the future?

To continue to love my job. I genuinely haven’t had a single morning where I’ve dreaded coming to work at Gear4music. I also plan on continuing to mentor the other testers so they can become self-sufficient with all things test automation.

Do you have any advice for aspiring testers?

I mentioned this before, but own your self-development! My career would not have progressed at the rate it did had I not adopted that so early on in my career. The second I was introduced to using JavaScript in Postman, my career completely changed. I was hungry to learn and use these new skills.

Automation is not the only tool in your “tester toolbox” that you should aspire to have. There are so many different testing avenues such as Security, Performance, Accessibility, etc.

Finally, do you have a memorable story or anecdote from your experience you would like to share with us?

I remember whilst I was working at Sony, I found a game-breaking bug that none of the other testers or developers could replicate. This resulted in Sony sending me on the first train from Liverpool to Brighton the next morning to replicate the bug in front of the developers. I managed to replicate the bug within 15 minutes of me arriving at the studio. It turns out I was pressing the buttons quicker than 0.1 seconds which the developers didn’t consider being a possibility. Paul Farrell, the fastest thumbs in the gaming industry! 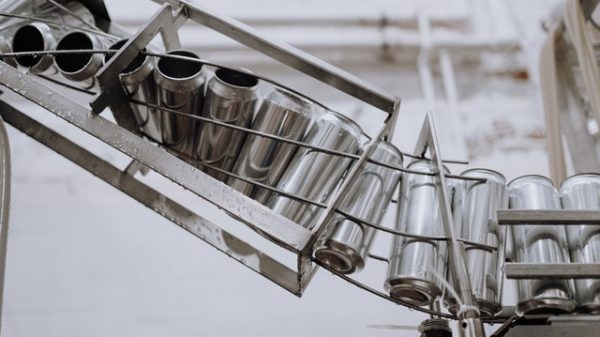