In total, there are estimated to be more than a million electric vehicles currently on the road in the USA alone.

By 2030 research suggests that there will 500 million electric vehicles worldwide and that may turn out to be an underestimation.

However, there are some underlying issues surrounding the infrastructure that are slowing down the widespread adoption of EVs.

The biggest issue currently facing the electric vehicles market is availability of charge points. This is a shared pain point for all drivers who question how far they can drive before they risk getting stranded.

Given the speed at which the electric vehicles’ market is evolving and the issues for mass-adoption, what is the future for EV charge points?

EVs are still rather limited in terms of range, maxing out at around 240 miles on a single charge – enough to drive from London to Lincoln and back, but not enough for a family holiday to France. As such, we need to see an increase in commercial charge points for those driving long distances.

Fortunately, governments and private businesses are on the case. The European Union is pushing for charge point facilities to be available in new residential and commercial buildings and governments, such as the UK, are providing consumer subsidies for charge points.

Going even further than this the UK government recently unveiled plans to become a world-leader in low-emission tech at the world’s first Zero Emissions Vehicle Summit.

Clearly this focus helps. Nissan estimate that the number of charge points will overtake petrol stations by August 2020, owing to both the decline in petrol stations and the increase in charging points. And, over the next two years, you’d be hard-pushed to find any car manufacturer that isn’t unveiling their hybrid or electric vehicles.

The variety of charge points is also increasing. EV customers and businesses now have a choice, albeit limited, between a range of functional, utilitarian charge points and more aesthetically-pleasing options.

For example, Andersen EV’s charge point was nominated for a Design Week Award, demonstrating the mainstream attention charge points are receiving. For luxury hotels, golf clubs and other venues, aesthetics are important, so the availability of design-led charge points should help to increase adoption.

Huge leaps and bounds have already been made in terms of the speed of charging. A few years ago, it would take several hours to fully charge an EV. That’s clearly far too long for drivers to spend in a service station.

Now, with Three-Phase chargers, most modern EVs can charge to 80% in just 30 minutes. While this is a significant improvement, it doesn’t compare to the five minutes it takes to fill a tank of petrol.

Yet, with improvements to both battery and charge point design, this will drop rapidly over the coming years to be on a par with petrol cars. Manufacturers are looking at solid-state batteries which use graphene as a potential solution and, meantime, we expect a graphene/lithium-ion hybrid to increase the range and charging speed of EV batteries.

Efficiency in battery design will be matched by improvements to charging points, allowing far more voltage to be run from the charge point. This is likely to double every few years, leading to rapid charging of much higher capacity batteries, which in turn will minimise range anxiety.

Along with improvements in battery and charge point design, there will be a significant shift towards diversifying the sources of power for EVs. I don’t expect any of these alternatives to provide all of the power needed to charge an EV, but if each one contributes a little to the charge of the vehicle, it will keep them going longer between stops at charge points.

Solar panels, otherwise known as photovoltaics (PV), have already become much more efficient at capturing the sun’s energy. They can already be seen on commercial and residential buildings, but increasingly they will be seen on the roofs of EVs, helping boost the car’s energy as you drive.

Another source of energy will likely lie under our roads, charging EVs as we drive. As early as 2015, the UK government was testing charge-and-drive solutions for buses, providing a small amount of charge at each stop to keep EV buses operating their entire route without having to plug in. The same approach could be installed at traffic lights or even along stretches of motorways to give EVs a welcome energy boost.

Some suggest that the rise of autonomous vehicles will signal the end of car ownership. Instead, they suggest that cars will be booked and drive passengers autonomously to the destination.

While this seems inevitable with the amount of money Uber and Google are ploughing into the technology, I still think there will be a place for personal vehicles and family cars. Longer trips, for example, will require the vehicle for long periods and anyone who’s tried to organise their kids for a holiday will know how long it takes to pack the car!

I think personal autonomous vehicles will make use of wireless charge points, which will become the new standard for EV charging. Wireless charge points use induction to charge the vehicle from underneath, eliminating the need for a human operator to plug them in.

The future of the EV charge point market is very positive. Technology is moving at such a rapid pace that the predictions may arrive much earlier than anticipated contributing to a greener and healthier future. 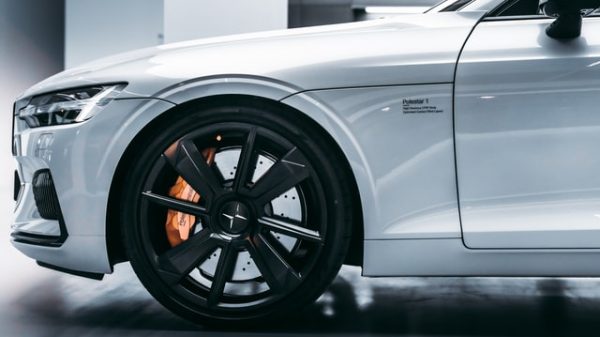 Electric vehicles to take over car sales by 2033