Speaking at the recent DevOps Summit, Richard Sykes from the Cloud Industry Forum talked about the new world software professionals are finding themselves in. He touched upon the exciting future where everything will move faster, and industries will have to be reimagined as cloud computing, mobile, IoT and DevOps continues to grow.

Sykes also discussed the newcomers such as Atom Bank, which is seeking to disrupt traditional commercial banking operations by shunning brick and mortar operations, instead concentrating solely on a mobile application.

As 2015 draws to a close, it’s fascinating to see what is in store for us in the new year. What trends must prevail in order for the end users to benefit from faster, more secure applications and ensure organisations can meet the growing push for continuous delivery and speed to market.

According to Gartner, 25% of Global 2000 companies are predicted to embrace DevOps by 2016. Gartner also estimates that tools to support the work could be a US$2.3 billion market.

While DevOps has been popular amongst many forward-thinking practioners, young start ups and in flexible organisations, in 2016, DevOps is poised to become more mainstream.

Stop being a buzzword

Definition challenges, as well as being thought of by many as “a fad that will disappear”, arguably mire the DevOps movement today. This looks set to change in the future, as DevOps becomes more mainstream and organisations are able to pin down a definition and approach that works for them. More knowledge and good practices shared across traditionally siloed IT departments will aid in this as well. It might not lose the buzzword label just yet, but DevOps will be more understood by a wider group of professionals in organisations.

Consumer demands and market forces will push larger enterprises to adopt DevOps to support lean, agile IT service delivery in order to keep competitive. It is too costly to keep slow, buggy enterprise software releases. As legacy systems are modernised, DevOps will become standard.

The tester’s role gets redefined?

Shifting from a waterfall to agile methodology, implementing DevOps and automation tools will all aid in automated checking. This will aid organisations in speeding up delivery and ensure quality, but it will not remove the role of the tester or QA professional – whose time should now be freed up from time-consuming manual tasks to lend value to QA efforts. By combining the skills of the testers with automated checking, 2016 should see organisations succeeding in reaching faster time to market, but crucially, with higher quality deliveries.

Afterall, DevOps practices are intended not just to improve and enable feature releases, but also to reduce bugs. It’s not just about continuous delivery; it’s also about the continuous improvement of software in general.

It will aid in business strategies

Data and predictive analytics are going to come on the scene more, as business strategists can now demand better insight. As more organisations go digital, and implement a data-driven feedback loop and take advantage of real-time analytics, they will be able to offer new levels of precision and rapid adjustment to variables.

Business goals such as competition, user engagement, effectiveness, user satisfaction, response and revenue can all be measured and presented instantaneously.

Ending his presentation, Sykes delved into the Internet of Things and shared the example of BigBelly’s solar-powered, digital bins. These smart bins, just being installed in Leeds this month, measure how the full the bin is and communicate via a web-based app to send out an alert when it needs emptying. As Sykes said, the smart bins have saved a lot of energy and effort for local councils across the UK – happy bin men now waste less time and drive calculated routes only targeting the bins that need emptying each day – but it’s probably resulted in a few less bin men being employed.

Adaptability in tomorrow’s world is crucial – no one can afford to sit back and wait to see what the market will bring. Customers are moving on faster than ever, and expectations are on the rise. Adopting DevOps practices will help forward-thinking organisations with just that. 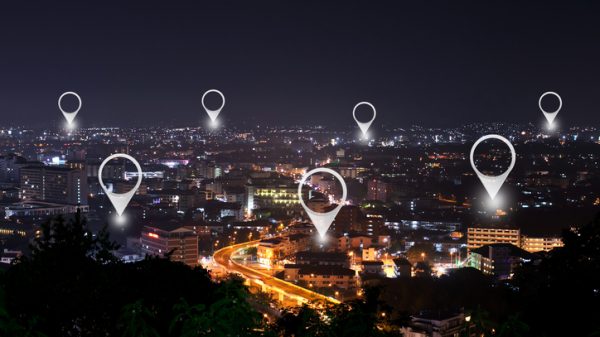