Contemporary leadership theories all agree that successful leadership is built upon four practices:

However, a fifth characteristic is also needed; behavioural flexibility. This is particularly true in the fast-moving, and often volatile, tech sector. After all, a business with its back against the wall requires a different style to one which is experiencing rapid growth.

Peter, a senior manager in a software business, described a situation where his boss failed to adopt her leadership style. They had to deliver on a 12-week programme and were five weeks behind schedule.

Peter said: “She’s great at recognising where the problems exist, but she’s not driving the accountability for getting them fixed.”

His boss’s high-level view wasn’t enough. At this project-critical stage, she needed to grasp more of the detail – both of the project and of the dynamics in her senior team. She was missing at least three of the five leadership practices and wasn’t adapting her style to the changing circumstances.

As people move into leadership positions and up into senior management, so they need to develop a wider set of skills. With each leadership transition comes a parallel shift in self-concept, for example, from an individual contributor to a team leader, or from a functional manager to an enterprise-wide leader.

The higher you rise in the organisation, the more of these skills are required. The distinctive leaders set themselves apart, not by adherence to a particular leadership creed, but by the way they behave. The wider their behavioural repertoire, the more leadership capabilities they embrace, the more effective their leadership.

The good news about behaviour is that it’s within your gift to change it. Furthermore, behaviour breeds behaviour, and so what you say and do shape the responses you get from others.

Research started in the 1970s and built upon since then has enabled leaders to master the skills of, for example, influencing and persuasion, by learning the skills underpinning the two most common persuasion styles: Push and Pull.

Each style is behaviourally distinctive and each is appropriate for different situations. The Push style goes like this:

Proposing Content (suggesting an idea); Giving Information (providing the rationale), and Shutting Out (talking across others). The solution comes from the influencer and it’s the influencer who does most of the talking.

Push style persuasion is the most commonly used. It works well in conditions where the influencer has positional authority, as is the case with senior leaders.   And yet it’s only effective around half the time. Sometimes this is because you may be an apologetic or aggressive pusher. Another weakness is being a misjudged Pusher, where you reveal your solution early. In so doing, you under-estimate the strength of resistance you will encounter.

Take Josh for example – a middle manager in a multinational tech business. He needed to create a new direction for his team. In doing so, he articulated a clear, coherent plan and instructed each of his team as to who would do what, and by when.

For him, the logic was clear, the detail was exemplary and he was in charge, so the team was bound to agree. Push style was a no-brainer. However, Josh had overlooked a fundamental question: How important was it that he gains everyone’s commitment to the plan? If engagement is essential, then a Pull style is much more likely to work.

Pullers use three behaviours in particular: Seeking Proposals (e.g. How should we best do this?) Seeking Information (e.g. Who has the relevant experience?) and the rare but highly prized skill of Building – extending or developing a proposal made by another person. Building is used much less frequently than is warranted.

This is usually because the persuader is much more interested in his own ideas and fails to harness the suggestions of others. If Josh had focused on engaging his team, he would have used a Pull style, rather like this:

In this way, the level of commitment of the team increases in line with their engagement.

Pull style can also be effective in fostering collaboration and in coaching others to use their resources. Pull might take a little longer but the rewards outweigh the costs. For example, in a recent performance appraisal discussion, Sian wanted to convince Andrew of the need to work on his reporting skills. If she had defaulted to a Push style she would have told Andrew what she wanted and why.

Instead, using a Pull style she was able to get a better understanding of why Andrew’s reporting skills weren’t where they needed to be – the underlying need, not the presenting issue. They explored various options for addressing the shortfall and Andrew was committed to the outcome. The effort was worth the gain.

The starting point for developing behavioural flexibility is to understand and practice what are known as “General Interaction Skills”. This is a collection of 13 verbal behaviours identified from research into effective team and group work.

As a result, leaders are better able to manage meetings, develop solutions, work collaboratively, positively impact the climate, lead to questions, ensure shared clarity and manage participation from across the group.

Behaviour as a leader

When asked how he learned to be a leader, Antoine de Saint Affrique, the CEO of the world’s leading cocoa and chocolate manufacturer, Barry Callebaut, replied: “I made sure I learned not only from the great leaders I was lucky to work for but also from the less good ones. From them, I’ve tried to learn what not to do.”

The humility required to reflect on your own and others’ behaviour as a leader and to then change and flex as required is one characteristic every successful leader needs.

Written by Ally Yates, author of ‘Utter Confidence: How what you say and do influences your effectiveness in business’.

What learning and development activities are on a tester’s CV? 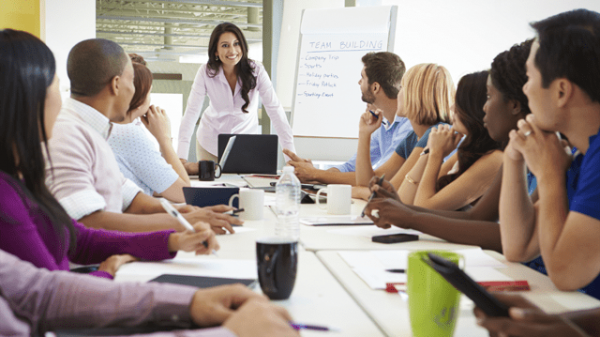 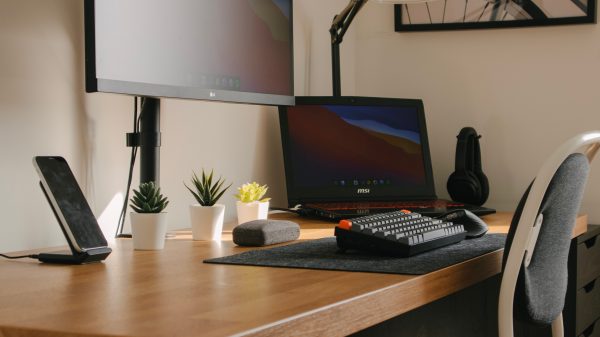