Dave Millett, Equinox, takes an in-depth look at what lies ahead for the UK’s Telecoms sector in two parts. Part 1 can be read here.

What became apparent in recent months is how far the UK is lagging the world in its telecoms infrastructure. Report after report highlighted deficiencies and their increasing impact – so who is to blame for the situation, what is the Government doing about it, is it enough or does something more revolutionary need to be done.

The fifth largest economy in the world

If you were asked to name the country that ranked 54th in the world for 4G coverage, was bottom in Europe for availability of fibre broadband to the premise and a place where almost half of businesses had no access to cheap fibre broadband you might not think it would be the UK. The country with the with fifth largest economy in the world has one of the worst technology infrastructures amongst developed countries.

A number of technology trends are increasing the significance of our poor infrastructure and will place even greater demands on it. Mobile data traffic soared by 64% in 2016 while residential and small business fixed broadband traffic grew by 40%.   Average data usage is expected to grow 5-fold by 2020. This in part is due to new uses for devices such as augmented reality (not just Pokemon games but real business applications) and the growth of the Internet of Things (IoT) which will be more than controlling your heating from your phone. Research firm Gartner predicts that the number of connected devices in 2020 will be 25 billion globally. All of them will use bandwidth and barely 65% of the land mass of the country has access to 4G and many parts of the country especially in rural areas struggle to get 2G.

The growth of cloud computing and telecoms

Add in the growth of cloud computing and telecoms and the amount of bandwidth needed by the average business will grow significantly. Unfortunately, a significant proportion of businesses in major cities and business parks have no access to fibre broadband. They are forced to pay for expensive dedicated circuits which can cost 10 – 20 times more. This represents a cost totalling billions of pounds a year that could be spent on R&D, new product development, chasing exports and hiring people.

So how did we get to this poor state of affairs and who is to blame?

Some of the problems can be traced back to when BT was privatised. At the time the internet was still a gleam in Tim Berners Lee’s eye and the first 1G network in America had only just been launched. So the idea that broadband and mobile networks could be a national asset was not even considered. Interestingly more recent telecoms privatisations such as in Botswana last year saw the Government retaining ownership of the fibre network as its rollout was seen as a key part of developing the country’s economic future. Other countries such as New Zealand and Singapore have separated it from the suppliers for the same reason.

So with having a horse that has bolted it is became responsibility of The Government to create a regulatory environment in which telecoms operates to the benefit of the country. Successive Governments have failed to set tough enough targets or get tough with the big players.   With 3G and 4G licence auctions it focused on raising revenue rather than targeting coverage.

It has continually backed BT who received all the contracts to roll out rural broadband. BT lack any incentive to ditch its copper network and focused on fibre to the cabinet rather to the premise (FTTP).   Although BT have said they will start some FTTP pilot areas in 2017 around business parks as a whole less than 2% of premises in the UK have access to the technology.   This compares to almost 40% in the leading countries in Europe.   In places such as South Korea it is over 90%.

Break Openreach away from BT

Second in the firing line is Ofcom who have continuously bottled it in making the decision that the industry has long been calling for and that is to break Openreach away from BT. It is has now said it must operate as a separate company. But the money for infrastructure will still come from BT and who controls the purse strings usually controls policy.   Had Ofcom taken a more radical approach a year ago we could be well on the way to having a infrastructure that was focusing on the country’s needs.

BT, themselves, obviously have to take their share of the blame they have prioritised shareholders with increasing dividends and focusing efforts on residential customers rather than businesses. The former is a greater source of revenue and enables it to protect its profitable leased line business. Money has been spent on TV football rights rather than rolling out fibre broadband. It consistently tried to hide behind misleading statistics that 95% of premises had access to fibre broadband concealing the fact that almost halve of businesses had no access. It has also used delaying tactics to prevent any changes to Openreach structure.

Technology designed to be used on the move

Mobile operators have equally used dubious statistics when talking about coverage based on premises served ignoring the fact that the technology was designed to be used on the move. Only 8% of A and B roads have complete 4G coverage with 47% having no 4G coverage at all. Even on the motorway network, OpenSignal’s report shows that users fail to get either 3G or 4G availability almost 25 per cent of the time. They have also fought against roaming with the UK as a means of reducing not spots.

The advertising standards agency should also take a look at itself at the way it allows the telecoms industry to mislead the public. As well as not challenging misleading statistics they also allow broadband companies to quote the speed that just 10% of their customers get on their networks. Then there are companies that advertise how great their customer service is when they are one of the most complained about to Ofcom. This has created a false impression that things are actually better than they really are.

So what is being done and is it enough?

In the Chancellor of the Exchequer’s 2016 Autumn Statement, he committed to invest more than £1bn over the next four years on the roll-out of new fibre networks and 5G. This will be delivered through:

The recent Adonis report on 5G in the UK said we should aim to have it in place by 2025. It at least acknowledged some of the deficiencies including that our 4G coverage lagged behind countries such as Romania, Albania, Panama and Peru

All of that sounds good but look at the success or lack of it of previous programmes and plans. It seems also to be typically unambitious whilst the UK’s target is that, 95% of UK premises would be able to buy superfast broadband – defined as 24Mbps.   Other countries are defining it 4 or 10 times that. Japan is aiming to have 5G operational in time for the 2020 Olympics. And South Korea, which has a GDP that is half of the UK, is planning to invest more than twice the amount we are in its 5G infrastructure.

The UK is in the slow lane

In summary, the UK is in the slow lane when it comes to technology and short term prospects are not encouraging. As organisations rely more and more on the cloud our infrastructure could hinder growth potential and the ability to attract new inward investment.   The Government has made a small start but needs to do more and quicker to incent the industry to make the necessary investments through either carrot or stick. Three things it could do that would make an immediate impact

Hammond’s new investment is more than before, so we are making early tentative steps, but we make into more of a brisk walk – and then eventually let’s make that into a run. 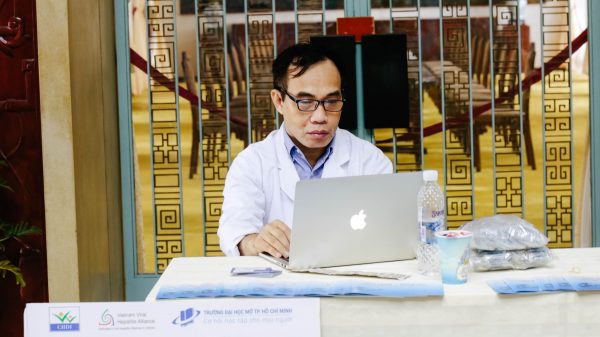 The blue pill, or the red pill, you decide – the future is yours?