A group of MP’s are calling for the government to introduce a tax on social media companies, saying the firms are operating in “an online wild west”.

The recommendations from the All Party Parliamentary Group (APPG) on Social media and Young People’s Health and Wellbeing comes one month after the result of the Parliament’s inquiry into online disinformation, which also backed the idea of stricter regulations on such platforms.

The group’s report recommended creating a Social Media Health Alliance that would be funded by a 0.5% levy on the profit of social media companies.

The report also highlighted that social media firms should abide by a statutory code of conduct and that they should have a ‘duty of care’ towards people under the age of 24-years-old.

MPs also said that research should be carried out to determine whether social media addiction should be classified as a disease.

The report, written with the Royal Society for Public Health, says that social media firms like Facebook, Instagram and YouTube are beginning to address the health implication of their services, but there are still areas for improvement.

APPG chair Chris Elmore MP said: “I truly think our report is the wake-up call needed to ensure – finally – that meaningful action is taken to lessen the negative impact social media is having on young people’s mental health.

“For far too long social media companies have been allowed to operate in an online wild west. And it is in this lawless landscape that our children currently work and play online. This cannot continue. As the report makes clear, now is the time for the government to take action.”

The year-long probe into social media and mental health comes as the government prepares to publish a white paper, a document that lays out the responsibilities of online platforms.

“An internet regulator, statutory ‘duty of care’ on platforms, and a levy on social media companies are all measures we are considering as part of our work.”

It comes a year on from the disclosures that led to the scandal around political Cambridge Analytica, which allegedly used the personal information of over 50m Facebook users while working on Trump’s presidential campaign.

The scandal is still ongoing, with the Observer reporting on Sunday (March.17th) that the social media firm knew about Cambridge Analytica’s activities, two years before the data scandal became public.

The social media company has been hit with other challenges, including the company’s failure to halt the spread of footage that appears to show a massacre at a mosque in New Zealand as it was taking place. 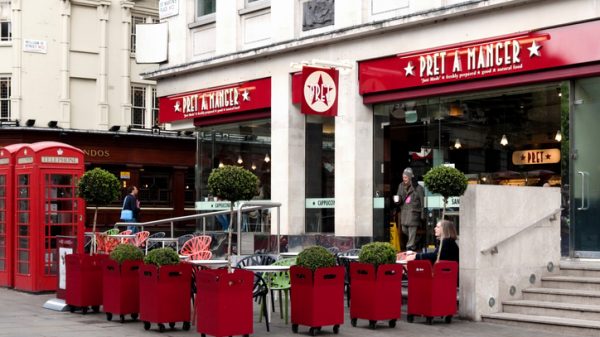 Pret’s tech focuses on customer experience – nothing else!