Last night the global software testing and QA community came together for a celebration of excellence, teamwork and innovation.

The third annual European Software Testing Awards 2015 took place on 18 November 2015 at the magnificent Old Billingsgate in central London. The Awards were hosted by TEST Magazine’s Editor Cecilia Rehn who was joined on stage by presenters from leading industry service providers Micro Focus Borland, Amdocs, Sage, Sogeti, SQS and Ranorex, as well as several members from the Judging Panel.

The first award of the evening was the Ranorex Best Test Automation Project, which was awarded to William Hill Online. The judges felt this sports betting project entry best demonstrated automation in a software testing project, with a successful outcome. Lloyds Banking Group received a Highly Commended in this category also.

The Best Use of Tools category winner was Lloyds Banking Group in partnership with Cognizant Technology Solutions, for its digital – non functional testing project. Judges were looking for entries that clearly recognised when tools versus human elements are needed during a testing project.

Team members from Tech Mahindra were honoured as the Testing Team of the Year, after having impressed the judges with their commitment to team building and effective teamwork.

The next award on the night recognised Bhuvaneswari Gangadharan from HARMAN Connected Services as Testing Manager of the Year. Bhuvaneswari’s entry showed consistent and outstanding leadership skills.

Demonstrating dedication to self training and excellent communication with colleagues and clients, the Graduate Tester of the Year went to Jordan Kerr from William Hill Online.

Judges felt that Debapriya Jena from Tata Consultancy Services was deserving of the SQS Testing Innovator of the Year award. The winning entry proved Debapriya to have pushed boundaries, in terms of innovation, in the testing field.

The Best Overall Testing Project – Public Sector was awarded to BJSS for the Spine 2: rehabilitating the NHS backbone project, which the judges recognised as a highly complex and impressive testing project.

John Lewis took home the award for the Best Overall Testing Project – Retail Sector. The judges felt that this entry on the peak scalability click n collect project was a truly successful testing project, which accurately represented the importance of testing departments.

By successfully giving evidence of a commitment to environmental initiatives, Cognizant Technology Solutions was awarded the Sogeti Green Testing Team of the Year.

The Best Overall Testing Project – Finance Sector was awarded to Cognizant Technology Solutions for its debit card re-platform and migration project, which the judges felt was the most outstanding project in the finance sector this year.

Amsphere picked up the award for the Best Overall Testing Project – Gaming Sector with its quality assurance and user acceptance testing of Nelson desktop project.

Subhadeep Chakraborty from Tech Mahindra was recognised as this year’s Test Champion of the Year. The judges felt Subhadeep has been championing the software testing cause and proved a wide commitment to the profession.

The Best Overall Use of Technology award was handed out to Cognizant Technology Solutions for its complex and highly interesting assisted self-service counter project at a leading UK bank.

Ladbrokes in partnership with HARMAN Connected Services was recognised for its world class betting and gaming experience project and took home the Best Overall Project award. This award is given out to the project, that when compared to all others, ranked higher for innovation, approach, method, best practice, collaboration, and outcome.

The Sage Most Innovative Project category winner was Accenture Services Pvt Ltd for its work in device field testing and analytics.

Industry veteran Geoff Thompson was hand-selected by the judging panel to receive the Lifetime Achievement Award, for his hard work in the sector and for the TMMi Foundation and the ISTQB (International Software Testing Qualification Board).

The European Software Testing Awards is an annual event held in Central London celebrating the very best in the software testing and QA industry.

A full list of the Finalists in each category can be found here.

The Headline Sponsor for The European Software Testing Awards 2015 is Micro Focus Borland, and sponsors include Sogeti, SQS, Ranorex, Sage, Amdocs, Cigniti, Cognizant and ROQ IT.

31 Media, organisers of The European Software Testing Awards and publishers of TEST Magazine would like to thank its sponsors for their support. 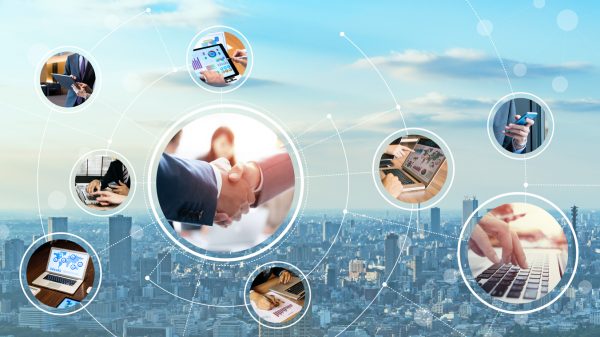 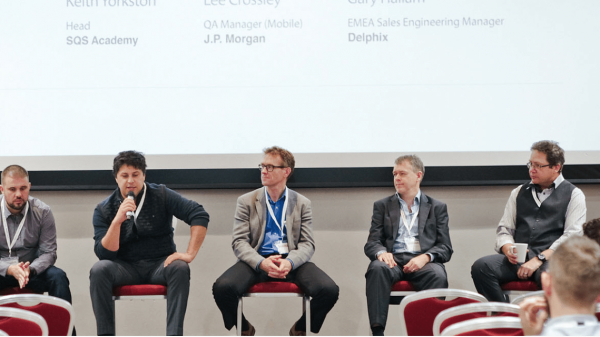